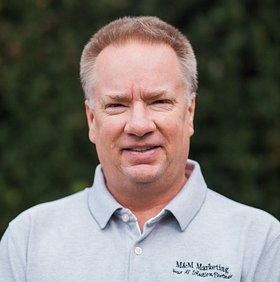 Mark Mullen has been in the Audio Visual Industry dating back to 1992 where he worked for a rep firm covering the state of  Florida and represented Nview and Polaroid along with other computer graphic product lines. Prior to 1992 he worked in the Bay Area and  Silicon Valley  with Apple and RaterOps on the early color graphic cards for Macs.

Mark  went to work for Epson  America  as their South East Regional Manager at the very beginning of Epson's first projector launch, at this time he relocated to  Atlanta . He set up the channel and managed Epson's projector business in the South East for 7 years taking the territory from zero to an average of 1.2 million dollars a month. Then moved on to  Hitachi America  in the projector unit to help them transition into  Hitachi  branded sales,  Hitachi  was 95% OEM sales at the time. In the 5 years at Hitachi as their South East Sales Manager he grew the territory to an average of 1.5 million a month. Mark has been working for FSR as their  Florida and Caribbean Sales Manager for the last couple of years and now is the Manufactures Representative for FSR for Florida, Caribbean, Central and South America.